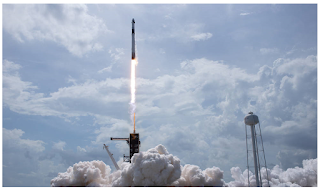 NASA Astronauts Launch from America in Historic Test Flight of SpaceX Crew Dragon
May 31  - For the first time in history, NASA astronauts have launched from American soil in a commercially built and operated American crew spacecraft on its way to the International Space Station. The SpaceX Crew Dragon spacecraft carrying NASA astronauts Robert Behnken and Douglas Hurley lifted off at 3:22 p.m. EDT Saturday on the company’s Falcon 9 rocket from Launch Complex 39A at NASA’s Kennedy Space Center in Florida.

“Today a new era in human spaceflight begins as we once again launched American astronauts on American rockets from American soil on their way to the International Space Station, our national lab orbiting Earth,” said NASA Administrator Jim Bridenstine. “I thank and congratulate Bob Behnken, Doug Hurley, and the SpaceX and NASA teams for this significant achievement for the United States. The launch of this commercial space system designed for humans is a phenomenal demonstration of American excellence and is an important step on our path to expand human exploration to the Moon and Mars.”    more
https://www.nasa.gov/press-release/nasa-astronauts-launch-from-america-in-historic-test-flight-of-spacex-crew-dragon
Posted by yy 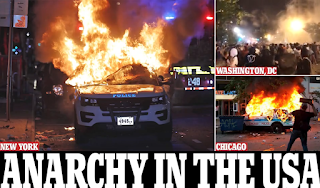 George Floyd riots spiral out of control: Chaos in 25 cities from New York to LA as protesters torch cop cars, burn down buildings and clash with riot police on a fifth night of violence with hundreds of arrests and injuries
May 31 - ..."The Big Apple was ablaze as NYPD vehicles were torched and ransacked while shocking footage emerged of cops violently detaining protesters. A man was left critically injured in Dallas when he was attacked and stomped on by a group of people when he allegedly tried to defend a store with a large sword. In Atlanta a cop suffered 'significant injuries' when they were hit by an ATV, while in Chicago, a man commandeered a police horse and rode off on it. Los Angeles deployed the National Guard for the first since the 1992 riots when the police officers who beat up black man Rodney King walked free of all charges and California Governor Gavin Newsom declared a state of emergency in LA County.
A total of 11 states and the District of Columbia had activated the National Guard by the early hours of Sunday, as law enforcement buckled under the strain of the protests.States calling for Guard assistance included California, Georgia, Minnesota, Missouri, Nevada, Ohio, Tennessee, Texas, Utah and Washington state. Meanwhile at least 25 cities roll out emergency curfews to try to bring rioting and looting under control, including San Francisco, Atlanta, Louisville, Los Angeles, Portland, Columbia, South Carolina, Cincinnati, Cleveland and Seattle.President Trump has put the Army on notice to deploy to the streets with a four-hour notice - the first time this will have been done in almost 20 years during the 1992 LA riots over the beating of black man Rodney King by cops."...   source
https://www.dailymail.co.uk/news/article-8373357/George-Floyd-riots-spiral-control-cop-cars-torched-25-cities-enact-curfews.html
Posted by yy

Looting erupts in Minneapolis for fourth night despite National Guard as George Floyd protesters try to get into CNN in Atlanta, attack a police station in NYC and the White House is locked-downMay 30 - Violent protests demanding justice for George Floyd spread across the US Friday night, with the CNN headquarters under siege in Atlanta, NYPD officers forced to fend off rioters at a police precinct in Brooklyn and the White House forced to go into lockdown as demonstrators tried to scale the walls. Looting and fires broke out again in Minneapolis as protesters defied the state curfew and the National Guard failed to keep the city under control, with the Pentagon putting the military police on alert to send to the ravaged city.This came after three nights of carnage in the city that have seen one suspected looter shot dead, cops forced to flee a police precinct as it was stormed and set alight by rioters and the city left in tatters. The protests have now reached all corners of America with break-off demonstrations springing up in as the arrest of the white cop who knelt on Floyd's neck has done little to quell the anger over the black man's death and the other three officers involved continue to walk free...   more
President Trump on George Floyd Death
May 29, 2020
https://www.dailymail.co.uk/news/article-8371389/White-House-goes-lockdown-amid-countrywide-demonstrations-death-George-Floyd.html

https://smashwords2.weebly.com/1.html
George Floyd death: Minneapolis police station set on fire during protests as Trump attacks 'thugs'Tweeting about the growing unrest, President Trump said he could not "stand back and watch this happen to a great American city".May 29 - Donald Trump has attacked who he called "thugs" in Minneapolis, Minnesota, after a third night of violent protests over the death of an unarmed black man in custody.Demonstrators set fire to a police station as anger mounted after George Floyd died on Monday. 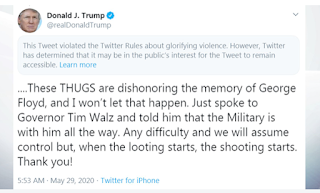 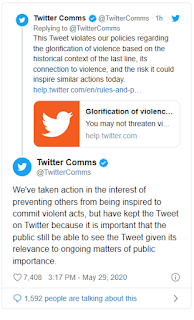 May 28, 2020
White House Briefing
White House Press Secretary Kayleigh McEnany announces that President Trump is being briefed by Attorney General Barr on and the deputy FBI director on the death of George Floyd